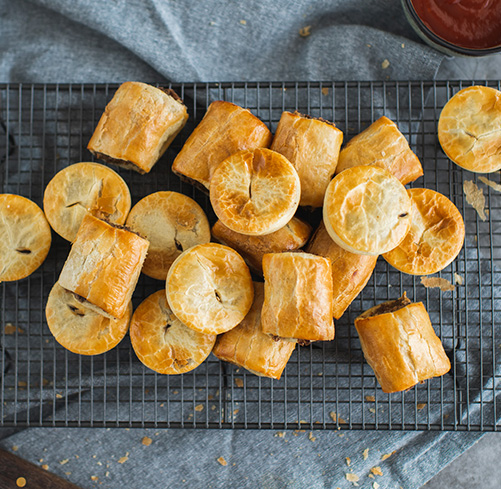 How to Host the Ultimate AFL Grand Final Party

By admin06/09/2019Finger Food Catering
No Comments

This year, the  grand final is on Saturday the 28th, and here is a list of the things you need to have covered before the big day.

You Need a Great Television Set

If you don’t have one, don’t bother.

You should actually have two TVs – a massive set in the living room, and another by the BBQ stand. The TV in the living room needs to be a 60-inch TV at least, but you can get away with a projector if you don’t have a large TV.

Please do not try to host the party if you don’t have a large TV set. Hosting the party with your miniature TV set would be off-putting to guests. The game is three weeks away, and you still have time to invest in a proper party-ready TV.

Most folks don’t want to stray too far away from the barbecue, so it would be great to have a TV set installed in that area too. It doesn’t have to be too large, but just good enough for your friends to watch the match without squinting.

You better ensure the TV in the living room comes with a proper surround system.

Drinks to Get the Party Going

What’s a party without alcohol?

Hold on, I am not saying you shouldn’t cater to the needs of your teetotaler friends. But you know, alcohol does bring a certain buzz to any party, and considering its the AFL Grand Final, many guests will expect that buzz from the start.

Beers is a must. Throw in the iconic VB, and that should set things going. Coopers and Little Creatures should also do well in a party like this. Nothing like a couple of good beers to get both the football fans and non-football fans into a good cheer.

Also have cider and champagne available. Toohey 5 Seeds apple cider would do a great job.

Water is a must-have as well. You need everyone well hydrated to last the whole game. You can also explore having some soda or sugar based drinks over, as these help keep the energy up.

Also, have plenty of ice!

So who’s coming for your perfect party?

You want to have both non-football fans and football fans yapping about the game excitedly by the end of the fourth quarter. Likely won’t happen – but no harm in trying.

The best way to achieve a room full of happy partiers is to have a healthy balance of real football fans and barbecue fans.

Food is an important element of any football game party, and on Finals day, it is even more crucial. Finger foods, steak, beans and sour cream, all sorts of yum yum meals that’ll keep everyone’s mouth busy are a must.

Get meat pies, chicken wings, sausage rolls. If you have vegetarian or vegan friends, you can explore some epic impossible tacos.

If you’re not the best cook, you might want to consider hiring catering in Perth. You don’t want to risk your party crashing down all because you tried to get adventurous in the kitchen.

If you need help with finger food catering in Perth, get in touch with us at Pinjarra Bakery for all your game ready hot pies and sausage rolls. We know what foods work best for AFL Grand Final gatherings.

This competition is open to WA residents only
Ends 11.59pm Thursday 24th June.
This is not a game of chance. Winner will be selected based on the most creative answer
Winner will be notified by mail and 2 x WCE tickets will be transferred via email, prior to the commencement of the game
Game day: Sunday 27th June @1.20pm Optus Stadium
Winner will be supplied entry to the game only- other expenses incurred are the responsibility of the winner
Tickets cannot be exchanged for cash or alternative date/time
This competition is in no way endorsed or affiliated with FB or Instagram ⁠